Freedom from meth and alcohol 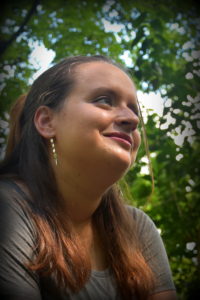 I sought the Lord, and He answered me; He delivered me from all my fears. Those who look to Him are radiant; their faces are never covered in shame. Psalm 34:4-5

I was raised in a good home and by the world’s standards, I had a good life. I went to school, made good grades, went to church, and I was going to college. I had some problems during my childhood with men in my family, but because I isolated, kept fear to myself and hid in my books, everyone thought I was fine. By all standards I was a good kid and I was going to have a successful life.

Riddled with severe anxiety and depression, I went to college. I didn’t go crazy like most people when they jump into the new freedom of the “college experience” – instead I kept to myself and stayed in my dorm. I got a job on campus and met a guy who was sweet, but also into drugs. Eventually I moved in with him and his two children on my 19th birthday. I stepped into the role of a full time mom to a nine day old infant and a two-year-old toddler. For a while everything was fine, but eventually my fiancé’s drug habit went from marijuana to methamphetamines. He got hooked on it and convinced me to do it too. Over the course of five months, he lost his job, we lost our house and our truck. In another six months we lost the kids and were homeless. I spent my Christmas holiday sleeping on a stranger’s couch while my fiancé was out getting arrested in an attempt to try to make money to score more drugs.

On December 26, 2016 I came into Mary’s Song. Since arriving I have been delivered from debilitating anxiety attacks and chronic depression. God has changed my perspective on life drastically. I have learned to trust Him through the rough times and I sincerely believe He has a great plan for my life that is better for me than anything I could possibly dream of.

I know joy for the first time in my life and I am happiest when I worship my Heavenly Father, giving Him the honor He deserves. I am currently abiding in Him and praying for a deeper revelation of His love and presence. Victory Fellowship and Mary’s Song are the catalyst that God used to change my life and I am so grateful.