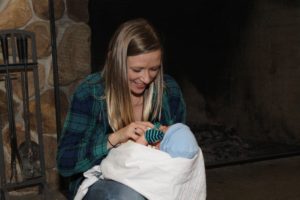 My name is Alyssa and I’m 28 years old. Since I was a teenager, my life has been a roller coaster ride. Always wanting more and to do better but somehow always falling further behind each time. I was 14 the first time I tried a drug. I smoked pot not thinking anything of it or that I would ever go as far as I did. It wasn’t long after that I started drinking, doing pills and being promiscuous. By the age of 16, I was getting high every day and eventually got arrested. At 18, I had quit school. It was my senior year but I missed too may days of school and they said I would have to repeat the year so I quit to get my GED. I moved out on my own and started trying to make a life but failing time after time, losing job after job due to my party life. At 20 years old, I went to rehab for the first time. Not long after, I was right back at it.

At the age of 21, I was pulled over by the police for a DWI and brought down a dirt road and raped. The men who did this told me to go home and be happy I didn’t go to jail. I tried to report the rape but I was told that because of the way I was living I didn’t have a good chance in court.

I was broken and defeated. I started using harder drugs to numb the pain. Over the next few years I would go from a bad relationship to an even worse one. I would be in and out of jail for drugs and theft charges. Tearing my mom’s heart out time after time and breaking my family down.

At 24, I got MRSA which is staph in your blood. I had fluid in my lungs and had to get chest tubs put in. I was in ICU in an induced coma for 2 weeks and spent 2 months in the hospital. They told my mom I had 40% chance of living. She prayed and asked everyone else to pray too. She had people calling, texting, and Facebooking all praying for my recovery.

Before they put me to sleep I told my mom not to worry, God was with me and I was at peace. By the grace of God I made it through and when I woke up I had to learn to walk again!

However, I was in so much pain they had me on strong pain meds and it wasn’t long before I was abusing the medication. After I left the hospital, it wasn’t even a month before I was smoking and using drugs. I tried everything to get clean till I finally just gave up and told myself this is who I will always be.

About a year ago, I decided to quit again. I wanted so bad to be the daughter, the sister, the nanny I was made to be by God. I had missed so many family events. I tore my mom down so far I didn’t know how she would ever be able to trust me again. So, I tried one more time. I went to another 30-day rehab and went to a sober living house in Baton Rouge. It was there I met a man in AA. Only knowing him for a month, I got pregnant.

When I found out, it just wasn’t real to me! I started using again and used till I was 6 months pregnant. The father and me broke up and I was running the roads again and still pregnant. It started to hit me. I would have a baby in a few months. I started to pray once again. Praying God help me to get clean and stay clean for this baby. I went to the hospital to detox and while I was there my mom begged me to go to another rehab but I told her no that I couldn’t. I had been to 5 already and it didn’t help. She told me about Mary’s Song and how it would be different and it was faith based. But still not wanting to give in or go for a year, I said no.

The last day I was in the hospital there was a knock on the door. My sister called the cops and told them where I was. I had warrants, so they bought me to jail. But my mom asked me again would I be willing to go to a long term rehab. When she told me I could have my child there with me at Mary’s Song I quickly said yes. I came into the program thinking I was just going buy time, but I wasn’t even here a week and I could really feel the presence of the Lord! I began praying, not just asking for selfish wants anymore, but I started praying to be a woman of God! I have been here 4 months and now have beautiful baby boy! I’m closer now with my family than I have ever been. My wants and desires have done a complete 180!  I went from not knowing if God was really there, to talking to Jesus daily about situations I’m going through because he is my best friend. His love is better than any drug. I can’t imagine my life without God now! 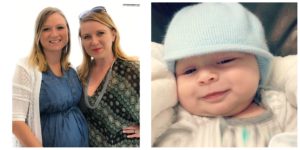