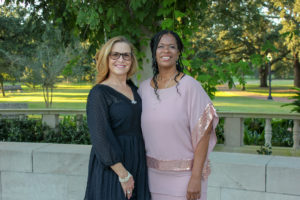 For God so loved the world that He gave His only begotten Son, that whoever believes in Him should not perish but have everlasting life.  [John 3:16]

Some people read this scripture and say, “Oh yeah that’s John 3:16 and just blurt it out like it’s just another thing to say. But some people read this scripture and say wow this is a powerful scripture. This one scripture has changed so many people’s lives.  This verse is a treasure to a new convert.  For example, I work at Mary’s Song, our women’s restoration center. When these women come into this program most of them have never read a Bible. I recall one particular girl came in straight from jail. The officer just dropped her off and left without any instructions. She only said, “she is going back to jail when she is finished the program”. Weeks went by and she began to come out of her state of shock and started to read her Bible. She came to me and said that she didn’t understand the scripture she was reading. I couldn’t believe it when she pointed to John 3:16. We began to read one word at a time and her eyes got so big! She began to cry when I told her that the word love means, he loves you so much that he died for you and you can live with him forever and ever. It really changed the whole look on her face! 4 months later she came into my office crying because she was afraid to go back to jail. I told her let’s try not to think about it however, if you did go back to jail do you know what you would do? She would preach John 3:16 to everyone she met in jail.  She could tell them, ‘God so loved you that he died for you”. She could preach this scripture for the rest of your life and bring hundreds of people to the Lord. The girl laughed and cried then left my office with an excitement to share the Gospel. Now whenever a new girl comes into the program she witnesses to them! She says do you know what John 3:16 says and then begins to quote the scripture. She is in love with Jesus, His word and telling everyone she sees about his love for them! She is preaching her heart out with this one scripture. “For God soloved the world……”

“Before Jesus Christ came into this world no one ever dreamt of saying ‘God loves.’ Some of the Old Testament psalmists had glimpses of that truth and came pretty near expressing it. But among all the ‘gods many and lords many,’ there were lustful gods and beautiful gods, and idle gods, and fighting gods and peaceful gods: but not one of whom worshippers said, ‘He loves.’ Once it was a new and almost incredible message, but we have grown accustomed to it, and it is not strange any more to us. But if we would try to think of what it means, the whole truth would flash up into fresh newness, and all the miseries and sorrows and perplexities of our lives would drift away down the wind, and we should be no more troubled with them. ‘God loves’ is the greatest thing that can be said by lips”.